Canal+ ”The King of Warsaw”

May 20, 2019 Category: film music, NEWS
I am pleased to announce that have scored the most anticipated Polish TV Series in decades #TheKingofWarsaw directed by distinguished Jan P. Matuszynski based on the New York Times awarded novel written by Szczepan Twardoch. The great team also in the post=production! Very nice to be part of it! Produced by Aurum Film and CANAL+ Polska. This all together heralds an ambitious soundtrack 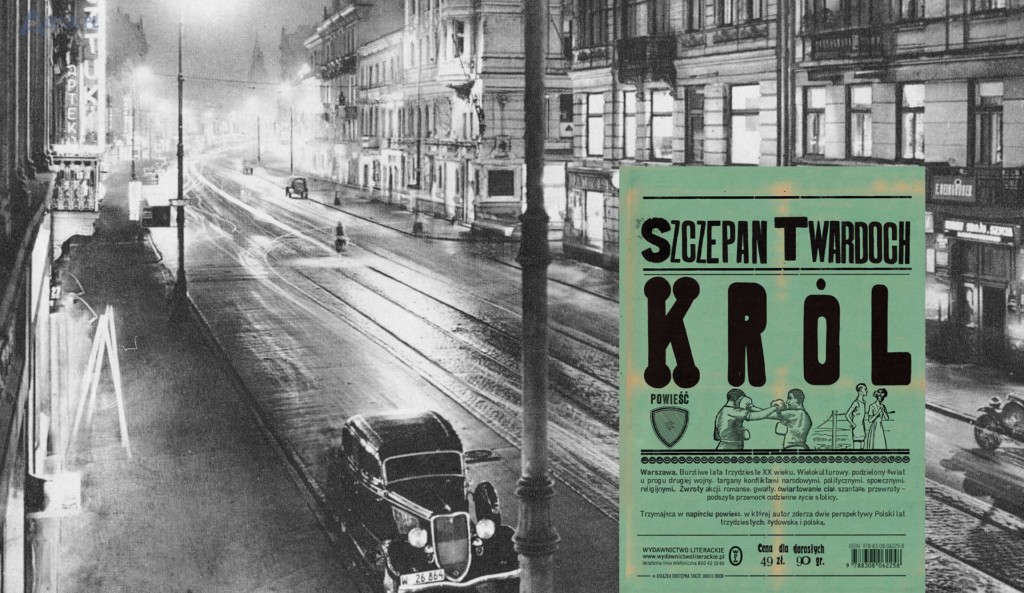 The central plotline of the novel The King takes place in Warsaw in 1937. In the city’s poor, predominantly Jewish neighborhoods, power is cruelly wielded by Jan “the Godfather” Kaplica, king of the criminal underworld and the most important gangster in the city. His right-hand-man, bodyguard and enforcer extorting protection money from shopkeepers and restaurant owners, is Jakub Szapiro, a heavyweight champion boxer. Szczepan Twardoch centers his novel on the story of this Jewish boxer, who after the Godfather’s death becomes the titular King of Warsaw’s gangsters. This tale – as any of Twardoch’s readers would expect – has been written with no small amount of bravado, built on a number vital twists and turns in the action, which comes together to make this an attractive read. Twardoch has made a point of exploiting to their utmost the formats and structures of adventure and action novels, ballads of urban criminals, retro crime novels, and political thrillers about conspiracies planned at the highest levels of power. This last, somewhat surprising link comes from the fact that the gangsters in the pages of The King have patriotic backgrounds (for instance, the Godfather is a distinguished fighter for the Polish Socialist Party and a close friend to ministers with wide-ranging connections, while Szapiro is a hero of the Polish-Soviet War of 1919-1921).
Twardoch portrays the links between the political world and the Warsaw mafia as being extraordinarily strong, with the Godfather’s downfall in fact the result of political intrigue. This is an important question, for Twardoch infuses his gangster story – whose protagonists are villainous men and fallen women – with considerable knowledge of the social and political conditions of the era, as he reconstructs the conflicts of the late 1930s and colorfully describes the mores and day-to-day life of Warsaw of that period. He has devoted considerable attention to what in his view was omnipresent anti-Semitic violence. Suffice it to say that Szapiro and the other gangsters, on their off-hours from collecting protection money, keep themselves busy battling Warsaw’s fascists and their sympathizers. Yet all of these historical references and the multitude of problems the characters face do not change the character of The King – it is a novel designed to provide intelligent entertainment. Some commentators have found this entertainment somewhat unsettling because it is founded on ardent praise for criminal muscle combined with cunning and masculine charms. The ever-present violence in the pages of this book is not at all a neutral motif we might expect in a gangster novel. Twardoch suggests the only thing that makes a man is his willingness to get into a brutal fistfight or one-on-one duel, while his most important organ is – here’s a surprise – his clenched fist. It is the same with love of firearms, fast cars, and lascivious women – anyone not manifesting these proclivities is most certainly not a man. Yet this type of judgment is appealing to the reading public, perhaps because it appears exclusively within the limits of literary invention, and is, therefore, safe and has compensation qualities. Dariusz Nowacki Translated by Sean Gasper Bye