OST from ”Król” (The King of Warsaw nominated to FRYDERYK AWARD 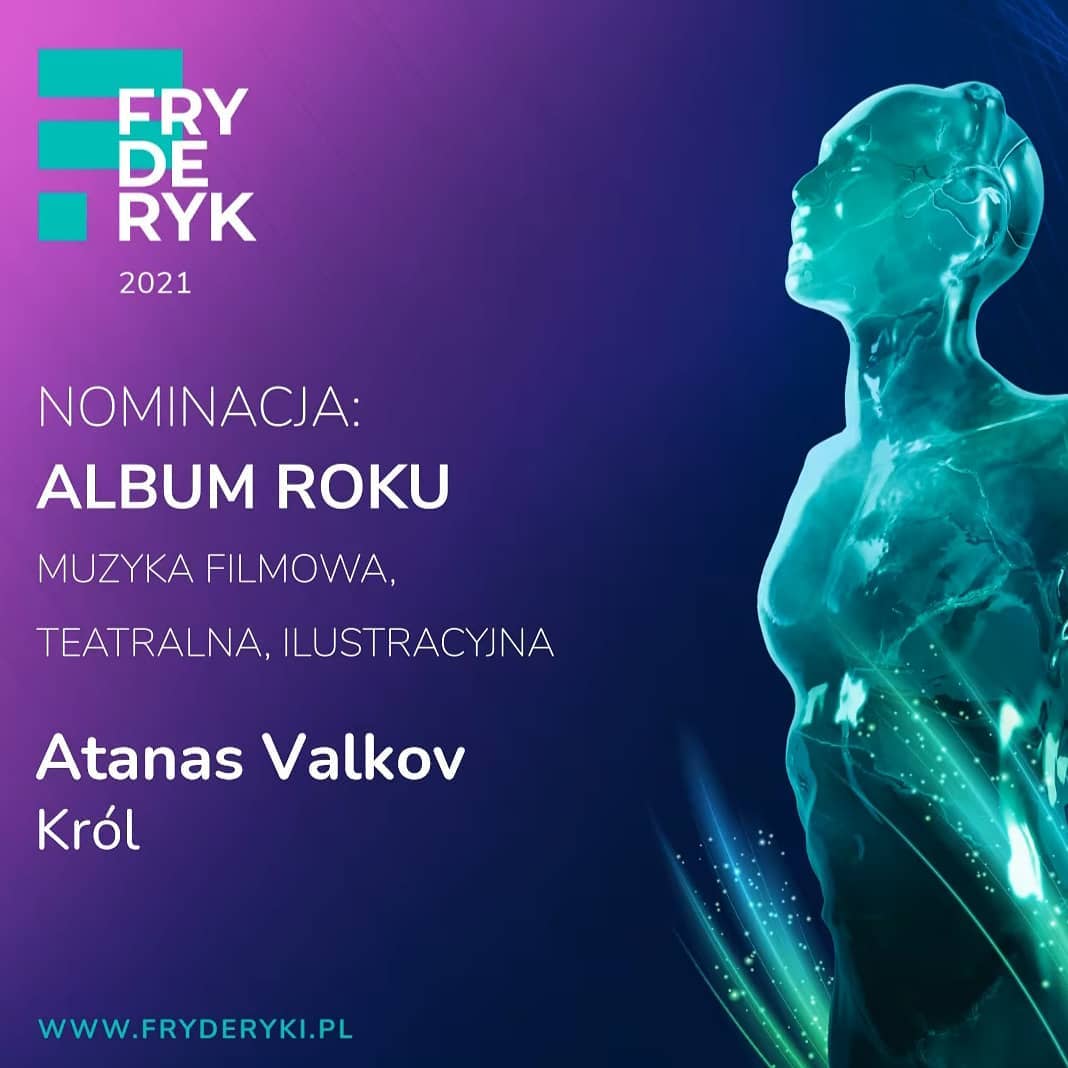 Soundtrack from the original Canal+ TV series ”Król” (The King of Warsaw) based on Szczepan Twardoch award-winning novel and directed by Jan P. Matuszyński nominated in best film music album 2021.

The Fryderyk is the annual award in Polish music. Its name refers to the original Polish spelling variant of Polish composer Frédéric Chopin‘s first name. Its status in the Polish public can be compared to the American Grammy and the UK’s BRIT Award. Officially created in 1994 and presented for the first time in 1995, the award was initially conferred by the Polish Society of the Phonographic Industry (Związek Producentów Audio-Video, ZPAV). Since 1999, nominees and winners have been selected by a body called Phonographic Academy (Akademia Fonograficzna) which by now consists of nearly 1000 artists, journalists and music industry professionals.[1] Voting is anonymous and takes place in two rounds: In the first round, all Academy members can nominate five artists in each category, in the second round, members can vote for one candidate in each category from the most successful nominees established in the first round