Pułapka nominated to ”Sundtrack of the year Award” at FMF

The Krakow Film Music Festival, that already had the Kilar Award for Lifetime Achievement, the FMF Young Talent Award granted to young composers in an international competition, and the FMF Ambassador title to honor people and institutions strengthening the role of the festival in the international film music community, is adding a new competition for this edition: Polish Soundtrack of the Year. 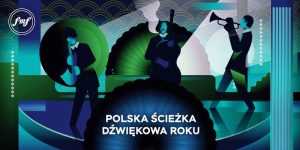 This award will be presented to the best original music created for the Polish production of a movie, series or animation in the previous year, and the winner will be selected by a jury of 50 leading music, film journalists and critics in Poland.

For this 1st edition of the award, ten composers were nominated for their works from 2018. Here you have the list:

More information about the award: